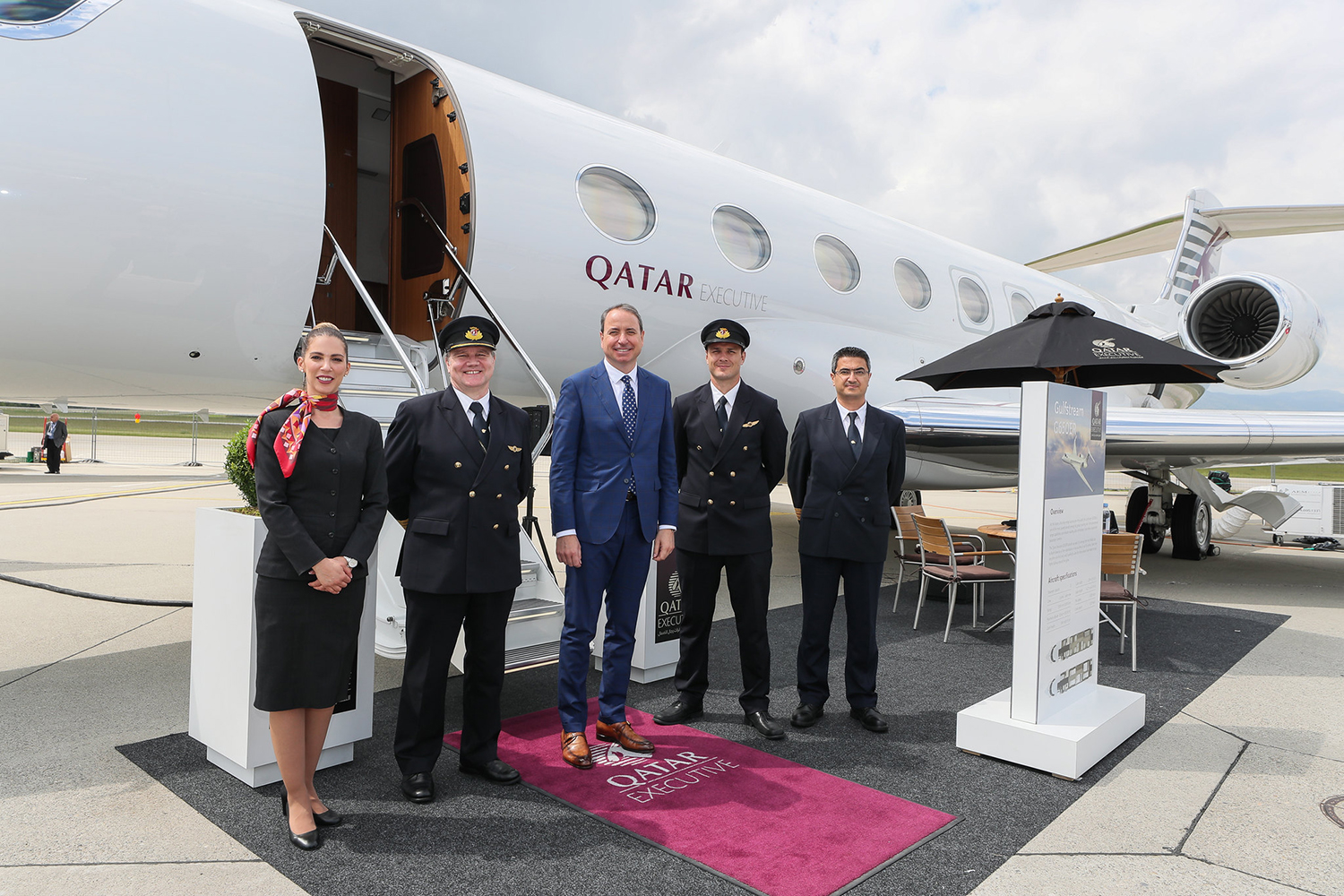 DOHA, Qatar - Qatar Executive, the private jet charter division of Qatar Airways Group, is celebrating 10 years of success at EBACE with the announcement of plans to open new offices in Shanghai, China; Moscow, Russia and London, United Kingdom later this year, as well as receiving two new additional certifications. The European Business Aviation Convention & Exhibition (EBACE) is the annual meeting place for the European business aviation community and is taking place in Geneva, Switzerland from 21-23 May 2019.

Qatar Executive’s expansion to Shanghai, Moscow and London in 2019 will further enable it to offer its bespoke and personal service to business and leisure clients on a global scale, regardless of where they are located.

Additionally, for the first time since its establishment in 2009, Qatar Executive has undergone an audit on two international standards in April 2019: IS-BAO (International Standard for Business Aircraft Operations) and Wyvern Wingman. These are two internationally recognised aviation safety standards in the business and charter jet fields; IS-BAO is based on ICAO (International Civil Aviation Organization) standards while Wyvern, popular in the USA market, also follows IS-BAO standard but dictates additional stringent requirements. The audits concentrated on, among other critical subjects, the Safety Management System (SMS) implemented in Qatar Executive as an operator.

Qatar Airways Group Chief Executive, His Excellency Mr. Akbar Al Baker, said: “Qatar Airways first announced the formation of a corporate jet subsidiary Qatar Executive at the Paris Air Show in 2009, as part of the airline’s global growth strategy and continued commitment to the Middle East, and the global business travel community. I am extremely proud of where we are now, just 10 years later. Not only have we built a Qatar-based corporate jet operator, we are also now expanding our presence globally, bringing our state-of-the-art aircraft to every corner of the world.”

Speaking at EBACE, Executive Vice President of Qatar Executive, Mr. Ettore Rodaro, said: “Qatar Executive has been experiencing 30 per cent year-on-year growth in the Asia-Pacific market, and with the imminent opening of our new Shanghai office, we will enhance our services to our existing clientele and further expand our brand to new customers who would like to benefit from our premium services. We are also very pleased with our two new certifications. We are fully invested in providing a safe, luxurious product to our customers all over the world, whether their journey with us is for business or pleasure, and we look forward to seeing what the next 10 year brings Qatar Executive.”

Qatar Executive currently operates a fleet of 16 state-of-the-art private jets, including five Gulfstream G650ERs, three Gulfstream G500s, three Bombardier Challenger 605s, four Global 5000s and one Global XRS. In 2019, Qatar Executive is set to receive an additional five G500s, with one arriving in May and one G650ER being delivered in June.

The G650ER aircraft is the fastest ultra-long rang business jet in the industry. The jet is renowned for its incredible 7,500 nautical mile range, industry-leading cabin technology and unparalleled passenger comfort. Qatar Executive is the world’s largest owner-operator of this jet type. 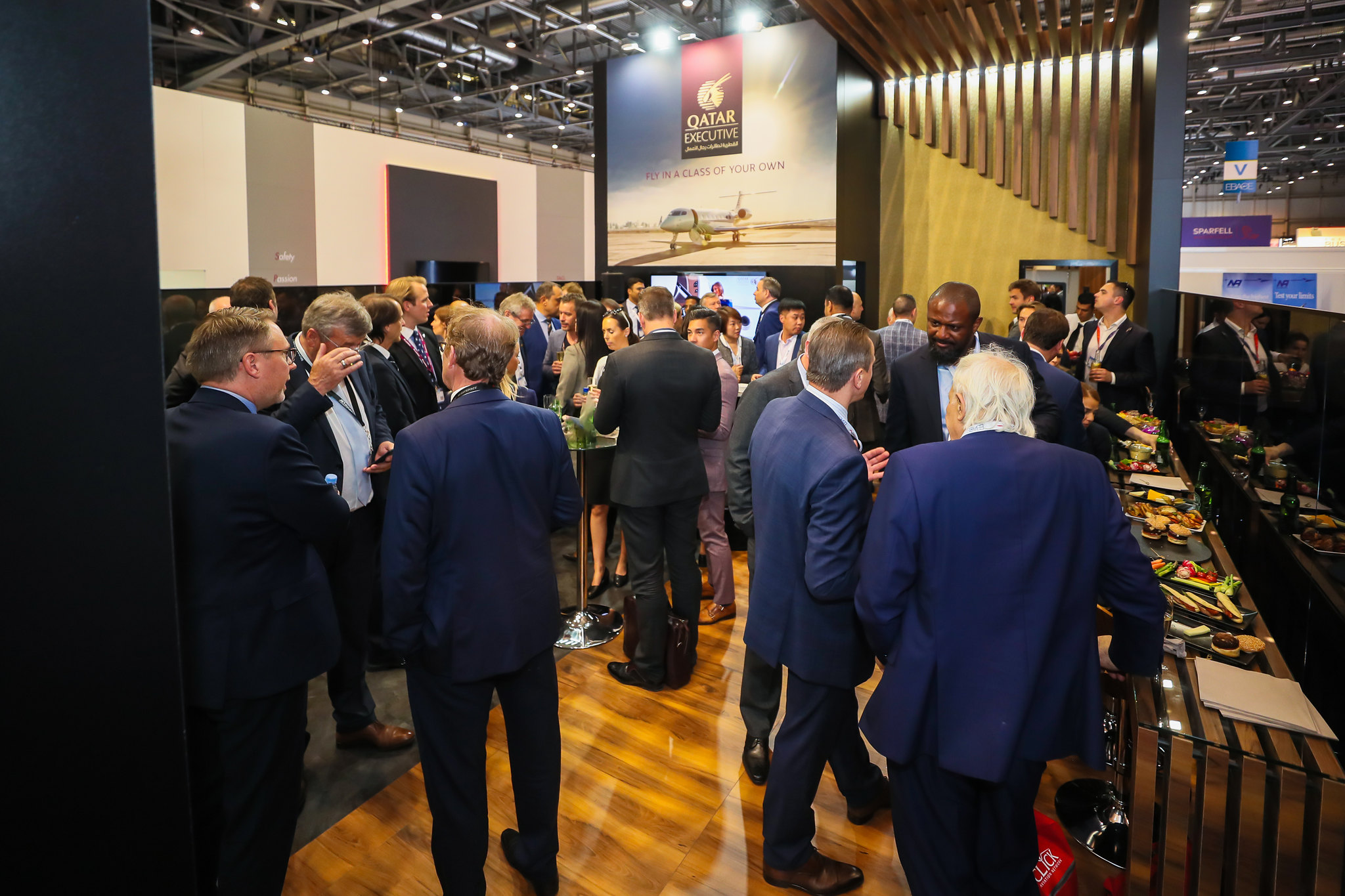 
Qatar Airways, the national carrier of the State of Qatar, is celebrating more than 20 years of Going Places Together with travellers across its more than 160 business and leisure destinations on board a modern fleet of more than 230 aircraft. The world’s fastest-growing airline added a number of exciting destinations to its growing network including Gothenburg, Sweden; Da Nang, Vietnam; and Mombasa, Kenya in 2018, and several new destinations are due to be launched this year, including Malta, as well as many more.

A multiple award-winning airline, Qatar Airways was named ‘World’s Best Business Class’ by the 2018 World Airline Awards, managed by international air transport rating organisation Skytrax. It was also named ‘Best Airline in the Middle East’, ‘World’s Best First Class Airline Lounge’ and ‘Best Business Class Seat’, in recognition of its ground-breaking Business Class experience, Qsuite. Qatar Airways has been awarded the coveted “Skytrax Airline of the Year” title, which is recognised as the pinnacle of excellence in the airline industry, four times.

Qatar Airways was the first Gulf carrier to join global airline alliance oneworld, enabling its passengers to benefit from more than 1,000 airports in more than 150 countries, with 14,250 daily departures.