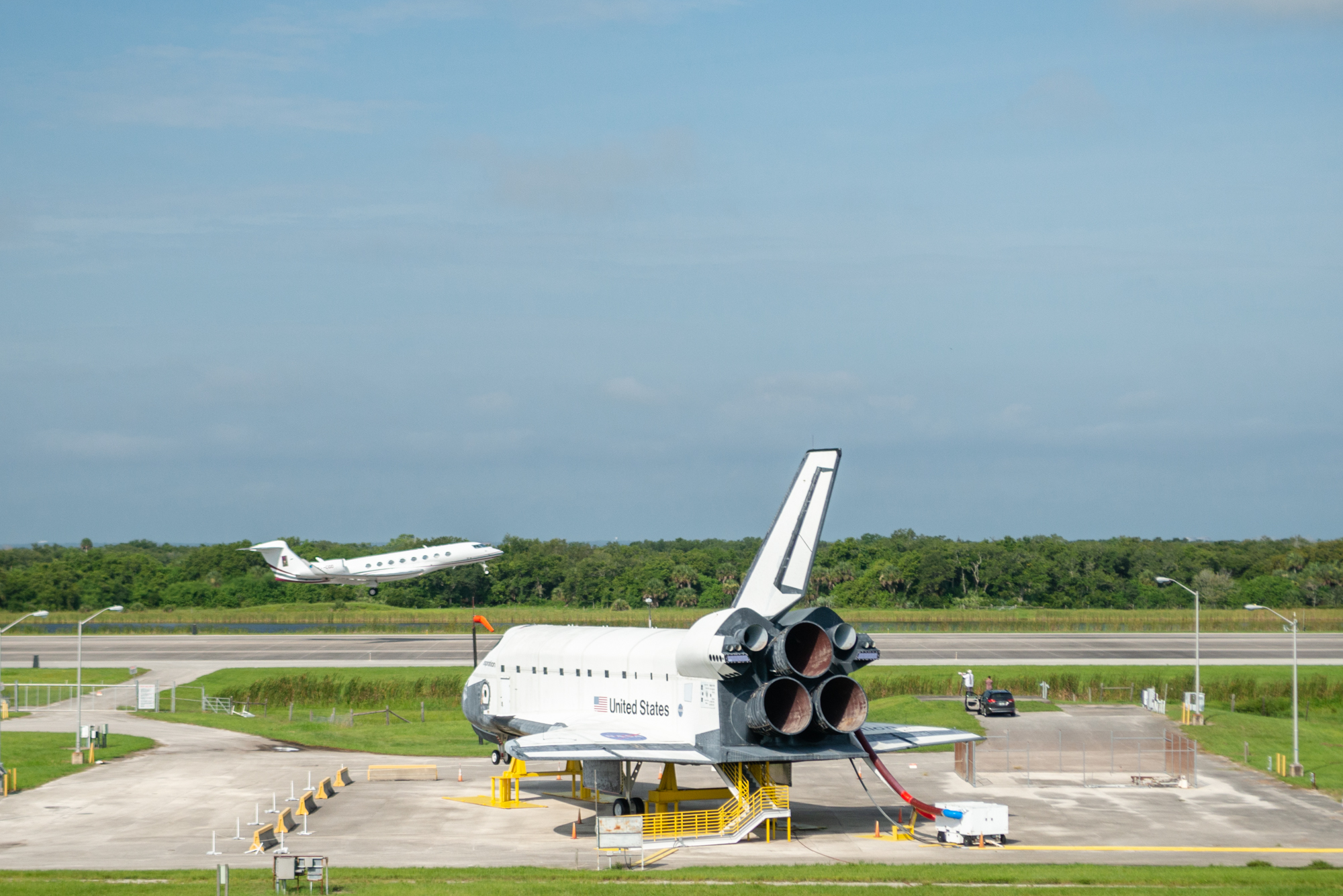 DOHA, Qatar - Qatar Executive, together with the ONE MORE ORBIT team, celebrated its setting of the new world speed record for any aircraft flying over the North and South poles with a private screening of the ONE MORE ORBIT documentary in the 7-star Novo cinema at Souq Waqif, Doha, Qatar in mid-December 2019.

The ONE MORE ORBIT team shot a documentary that captured all the drama, excitement and challenges of the entire mission, from planning through to execution and finally, the successful touchdown at Cape Canaveral, the home of NASA. The documentary was produced by Untitled and directed by NASA astronaut Terry Virts, one of the team members on board the Gulfstream G650ER during the daring mission.

In addition to setting the new pole-to-pole world speed record, Qatar Executive’s flight attendant during the mission, Ms. Magdalena Starowicz, became the first woman in history to complete the polar circumnavigation of the earth.
“The successful accomplishment of this mission has been possible thanks to a meticulous preparation on all levels, throughout all departments of Qatar Executive,” said Ettore Rodaro, Executive Vice President, Qatar Executive. “Thanks to the Qatar Airways network around the globe, were we able to prepare every fuel stop efficiently and swiftly, a major component in breaking world speed records. We wrote history during that mission, something that will remain in the books for a long time. It is an exciting feeling to have mastered the challenge through excellent teamwork and using first-class equipment.”
"Many people said that ONE MORE ORBIT was not possible," says Jim Evans, executive producer of Untitled. "Within five weeks, we assembled a multi-cultural film crew from dozens of countries around the world and live streamed the entire event, working with Inmarsat and SD Com to reposition satellites specifically for the mission. Multi-talented astronaut Terry Virts, a former Commander of the International Space Station, excelled himself directing the documentary, while simultaneously participating in the record."

“ONE MORE ORBIT is so much more than just a world record," says Virts. "It is an adventure unlike any other. Celebrating Apollo’s 50th and Magellan’s 500th anniversaries, we did something that had never been done before, with an amazing international crew. There has also never been a documentary made like this done before and we hope viewers will laugh, feel the tension of crossing the South Pole in the Antarctic winter and be inspired."

Qatar Executive and the ONE MORE ORBIT team also broke 11 number of other records during this mission:

The mission was split into the four sectors; NASA Shuttle landing facility in Florida to Astana, Astana to Mauritius, Mauritius to Chile and Chile back to NASA, Florida, with refueling pit stops in each location. The aircraft landed at Kennedy Space Centre on Thursday 11 July, successfully setting the new world record of flying pole to pole in 46 hours, 39 minutes and 38 seconds, breaking the previous record time of 52 hours and 32 minutes.

Qatar Executive’s latest agreement with Gulfstream is for the purchase of 10 G700 aircraft in addition to their recently announced orders of additional all-new Gulfstream G500TM and high-performing G650ERTM aircraft.


Qatar Airways, the national carrier of the State of Qatar, is celebrating more than 20 years of Going Places Together with travellers across its more than 160 business and leisure destinations on board a modern fleet of more than 250 aircraft. The world’s fastest-growing airline has added a number of exciting new destinations to its growing network this year, including Lisbon, Portugal; Malta; Rabat, Morocco; Davao, Philippines; Izmir, Turkey; and Mogadishu, Somalia; and will add Langkawi, Malaysia, later in 2019.

A multiple award-winning airline, Qatar Airways was named ‘World’s Best Airline’ by the 2019 World Airline Awards, managed by international air transport rating organisation Skytrax. It was also named ‘Best Airline in the Middle East’, ‘World’s Best Business Class’ and ‘Best Business Class Seat’, in recognition of its ground-breaking Business Class experience, Qsuite. Qatar Airways is the only airline to have been awarded the coveted “Skytrax Airline of the Year” title, which is recognised as the pinnacle of excellence in the airline industry, five times.

Qatar Airways was the first Gulf carrier to join global airline alliance oneworld, enabling its passengers to benefit from more than 1,000 airports in more than 160 countries, with 14,250 daily departures.