New world circumnavigation speed record time of 46 hours, 39 minutes and 38 seconds set One More Orbit team successful in its mission to fly Pole to Pole in under 48 hours, marking the 50th anniversary of the Apollo 11 moon landing 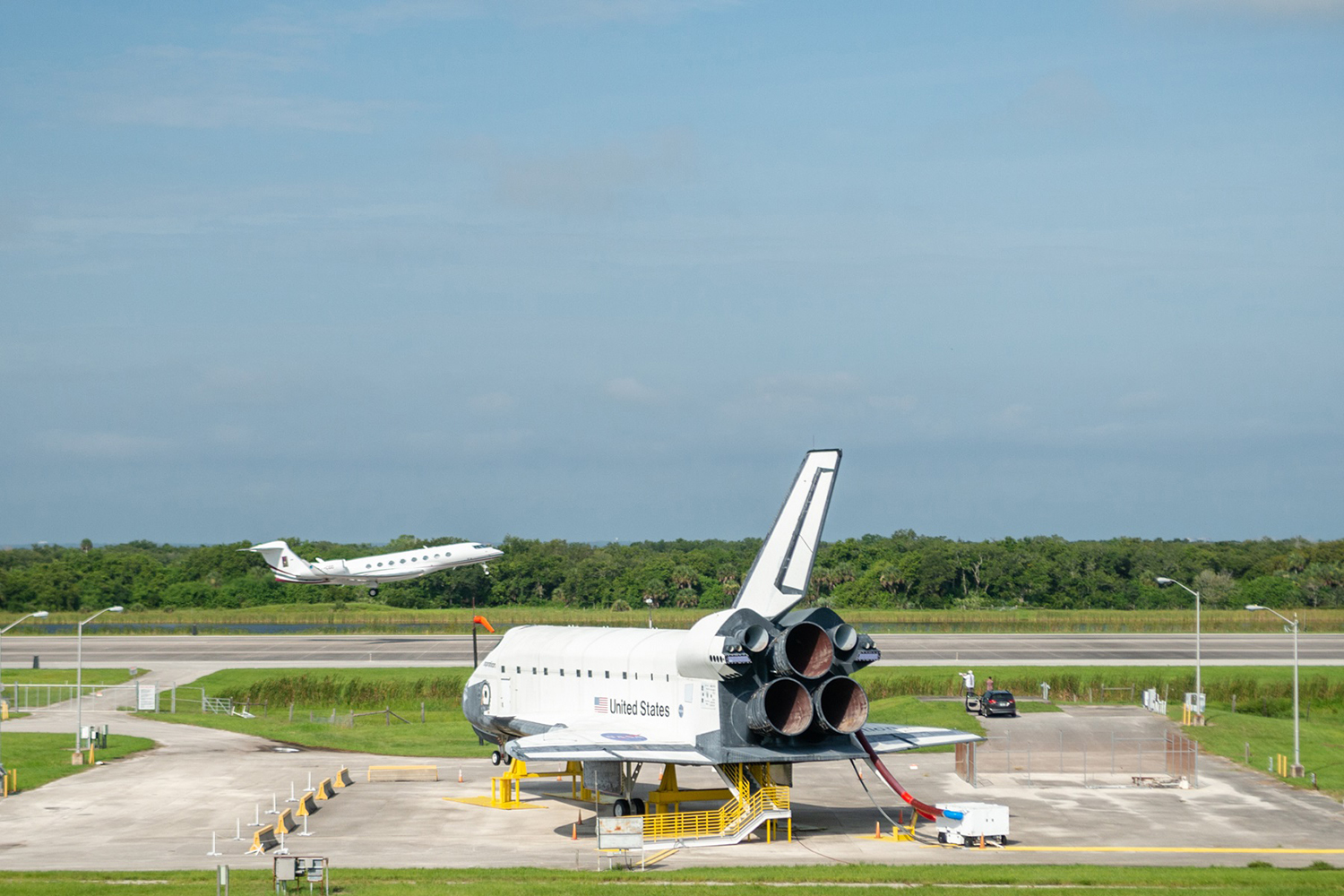 DOHA, Qatar – Qatar Executive (QE), together with the One More Orbit team, has made history by beating the world circumnavigation speed record for any aircraft flying over the North and South poles, in celebration of the 50th anniversary of the Apollo 11 moon landing.

The QE Gulfstream G650ER departed Cape Canaveral, the home of NASA, on Tuesday 9 July at 9.32am to begin its pole to pole mission. The One More Orbit team were on board, consisting of NASA astronaut Terry Virts and Action Aviation Chairman Hamish Harding, while the Qatar Executive crew consists of three pilots Jacob Obe Bech, Jeremy Ascough and Yevgen Vasylenko, engineer Benjamin Reuger and flight attendant Magdalena Starowicz.

The mission was split into the four sectors; Nasa Shuttle landing facility in Florida to Astana, Astana to Mauritius, Mauritius to Chile and Chile back to Nasa, Florida, with refueling pit stops in each location. The aircraft landed at Kennedy Space Centre on Thursday 11 July, successfully setting a new world record of flying pole to pole in 46 hours, 39 minutes and 38 seconds.

Present at the landing was Qatar Airways Group Chief Executive, H.E. Mr. Akbar Al Baker, who said: “Qatar Executive, together with the One More Orbit team, has made history. A mission like this takes a huge amount of planning as we need to factor in the flight paths, fuel stops, potential weather conditions and make plans for all possibilities. Many people behind the scenes worked tirelessly to ensure this mission was a success and I am very proud that we broke the world record – a first for Qatar Executive – which will be certified by the Fédération Aéronautique Internationale (FAI) and GUINNESS WORLD RECORDS™.

Action Aviation Chairman Hamish Harding, said: "Our mission, titled One More Orbit, pays homage to the Apollo 11 moon landing achievement, by highlighting how humans push the boundaries of aeronautics. We did this during the 50th anniversary celebrations of the Apollo 11 moon landing; it is our way of paying tribute to the past, the present, and the future of space exploration. The mission has utilised the skills of hundreds of talented technicians across the planet and is testament to what can be achieved when we all pull together." 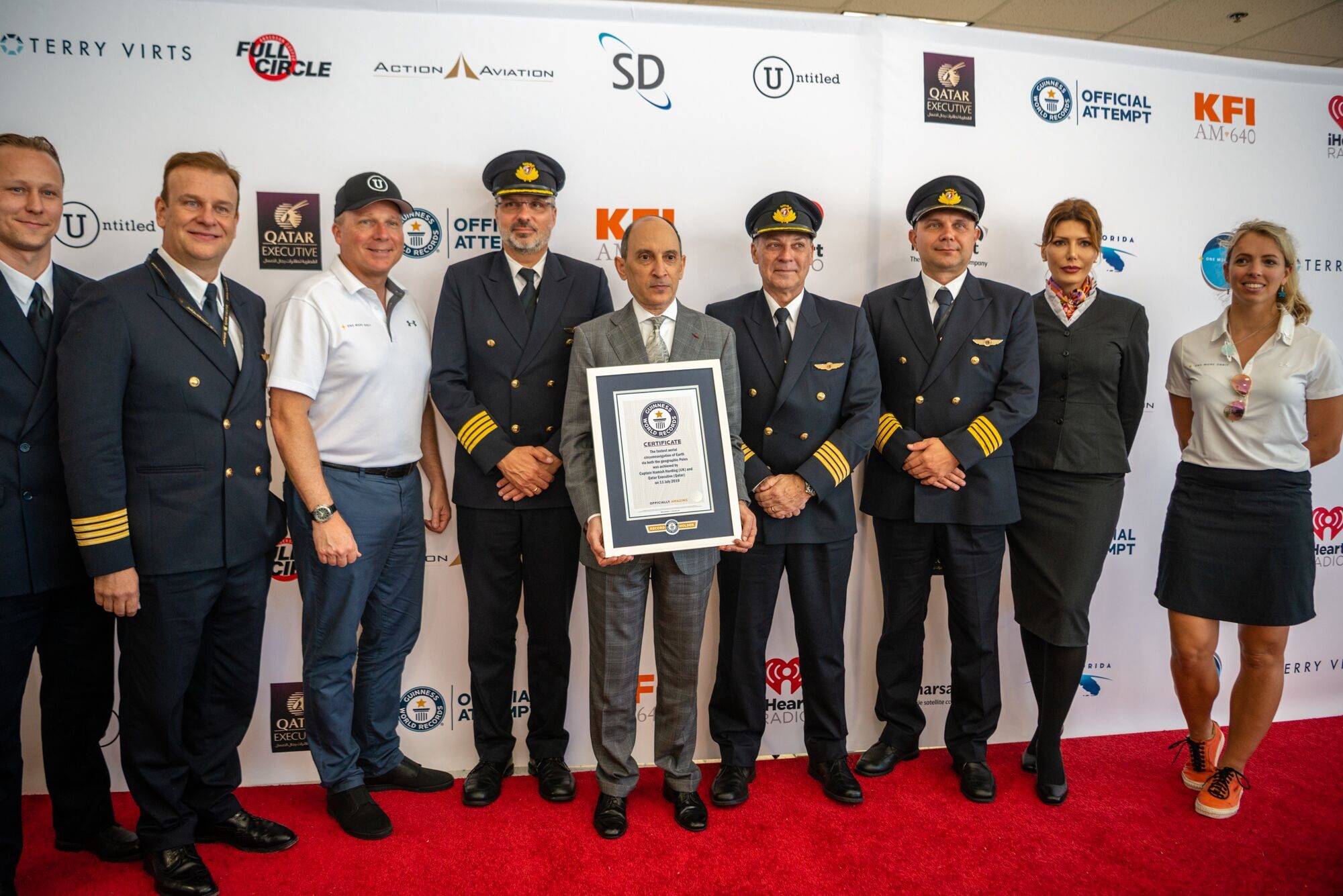 
Qatar Airways, the national carrier of the State of Qatar, is celebrating more than 20 years of Going Places Together with travellers across its more than 160 business and leisure destinations on board a modern fleet of more than 250 aircraft. The world’s fastest-growing airline has added a number of exciting new destinations to its growing network this year, including Lisbon, Portugal; Malta; Rabat, Morocco; Davao, Philippines; Izmir, Turkey; and Mogadishu, Somalia; and will add Langkawi, Malaysia, later in 2019.

A multiple award-winning airline, Qatar Airways was named ‘World’s Best Airline’ by the 2019 World Airline Awards, managed by international air transport rating organisation Skytrax. It was also named ‘Best Airline in the Middle East’, ‘World’s Best Business Class’ and ‘Best Business Class Seat’, in recognition of its ground-breaking Business Class experience, Qsuite. Qatar Airways is the only airline to have been awarded the coveted “Skytrax Airline of the Year” title, which is recognised as the pinnacle of excellence in the airline industry, five times.

Qatar Airways was the first Gulf carrier to join global airline alliance oneworld, enabling its passengers to benefit from more than 1,000 airports in more than 160 countries, with 14,250 daily departures.